Kevin Michael Richardson (born October 25, 1964) is an American actor and voice actor who has portrayed a multitude of characters in various animated series and video games. He is known for his extremely deep, villainous voice and has been playing a wide variety of characters since the early 1990s. For voicing The Joker in The Batman (2004–2008), he was nominated for two Daytime Emmy Awards.

A classically trained actor and a native of the Bronx, New York, Richardson first gained recognition as one of only eight U.S. high school students selected for the National Foundation for the Arts' "Arts '82" program. As a result of this, he earned a scholarship to Syracuse University and a spot on a PBS special directed by John Houseman.

Kevin began his television career in New York where he performed in commercials. His first professional acting job was in an AT&T commercial where he was heard saying "What's that?". He was frequently hired as a voice for television commercials. One of his earliest roles as a new actor was to sneeze. He moved to Los Angeles to pursue his passion.

Richardson has usually portrayed villainous characters due to his deep and powerful voice. In 1995 he obtained his first voice role, as Mayor Tilton on the animated TV version of The Mask. 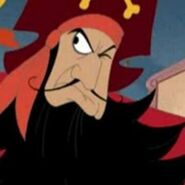 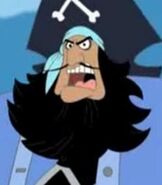 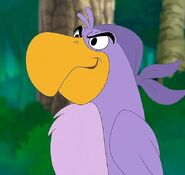