Father Time is a mythical figure who is usually depicted as an elderly bearded man, somewhat worse for wear, dressed in a robe, carrying a scythe and an hourglass or other timekeeping device (which represents time's constant one-way movement, and more generally and abstractly, entropy). This image derives from several sources, including the Grim Reaper and Chronos, the Greek god Lord of time in Greek mythology. Around New Year's Eve, many editorial cartoons use the convenient trope of Father Time as the personification of the previous year (or "the Old Year") who typically "hands over" the duties of time to the equally allegorical Baby New Year (or "the New Year") who otherwise characterizes the preceding year. It is this depiction of Father Time who serves as the main host of Histeria!.

The Grim Adventures of Billy & Mandy 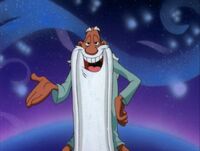 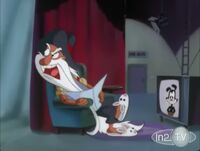 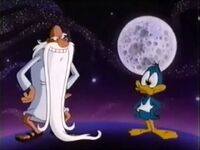 Retrieved from "https://warnerbros.fandom.com/wiki/Father_Time?oldid=99574"
Community content is available under CC-BY-SA unless otherwise noted.